The US Department of Education issued guidance further confirming that schools must respect a student’s gender identity in matters such as taking single-sex classes. As in previous federal guidance, transgender students were addressed as part of a larger document dealing with a specific issue – in this case, when and how K-12  school may offer single-sex classes.

Consistent with prior actions by the Department, the guidance states:

“Under Title IX, a recipient [of federal funds, which includes most schools] generally must treat transgender students consistent with their gender identity in all aspects of the planning, implementation, enrollment, operation, and evaluation of single-sex classes.” 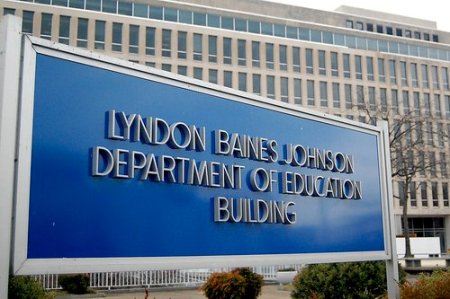 Other federal agencies have reached similar interpretations of nondiscrimination laws. For example, the Office of Special Counsel recently concluded that denying a federal worker access to workplace restrooms based on her gender identity likely constituted illegal sex discrimination. The Justice Department has also advised domestic violence shelters and other programs funded under the Violence Against Woman Act that they must provide access to services consistent with an individual’s gender identity.

NCTE encourages students, families, and educators to use this guidance and past settlements in favor of trans students to advocate with local school districts for policies that secure equal opportunity for all.

This entry was posted on Tuesday, December 2nd, 2014 at 10:42 am and is filed under Youth & Schools. You can follow any responses to this entry through the RSS 2.0 feed. You can leave a response, or trackback from your own site.