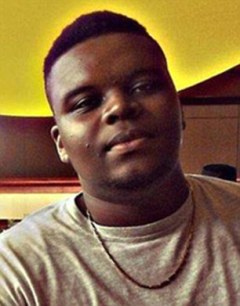 Tonight, a grand jury in Ferguson, Missouri decided not to indict the police officer who shot Michael Brown. The National Center for Transgender Equality (NCTE) expresses solidarity with Mr. Brown’s family and wishes for them peace and healing, and joins their family in a moment of silence to memorialize Brown’s life.

NCTE Executive Director Mara Keisling said, “We need to do better than we have been doing as a society. If we live in a society where people do not object to a young unarmed Black man being killed, we can’t expect that people will object when a transgender person is targeted. We believe no one in any community is disposable and we believe that the authorities need to take every act of violence seriously, whoever is the victim, whoever commits the violence, and whatever the circumstances.”

Keisling added, “St. Louis native Dr. Maya Angelou once wrote that ‘there is no greater agony than bearing an untold story inside you.’ Hopefully this tragedy will help us all understand that so many people in America have an untold story that much of America has been unwilling to hear, a story of stereotyping, disrespect and violence. We believe that America needs to hear the story that Black America, transgender America and other marginalized people are trying to tell. And citing another well known Angelou quote, America ‘should believe them the first time.'”

NCTE does believe the people of Ferguson and around the country who feel targeted for suspicion and violence.

NCTE will continue to advocate for greater oversight and accountability for law enforcement and for policies to end racial profiling and all forms of police bias and abuse.

This entry was posted on Monday, November 24th, 2014 at 10:22 pm and is filed under Police, Jails, and Prisons, Racial & Economic Justice. You can follow any responses to this entry through the RSS 2.0 feed. You can leave a response, or trackback from your own site.