Tonight, the White House announced executive actions that will halt deportations and provide legal status for nearly 5 million immigrants. However, the National Center for Transgender Equality expresses deep concern that the relief does not go far enough to benefit most LGBT immigrants.

“We welcome these positive steps and the much-needed relief they will provide for so many people,” said Mara Keisling, Executive Director of the National Center for Transgender Equality. “The President needed to act because Congress would not. At the same time, the action announced today will not reach most LGBT people who need it. Those for whom relief remains out of reach will continue to live in fear of dangerous detention and deportation. Though the President has been a champion of LGBT equality, he still must do more to protect LGBT immigrants.” 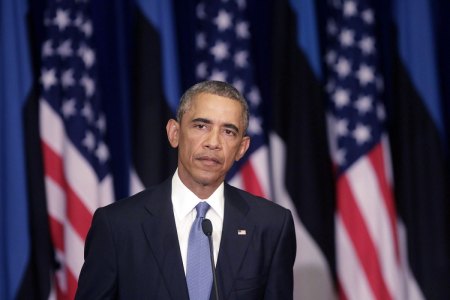 The limitation of relief to parents of US citizens or permanent residents, and to others who can meet strict criminal background checks, disproportionately exclude LGBT immigrants. Only about one-third of LGBT people are parents. Of these, many will be excluded because they are parents of Dreamers or other non-US-born children, or are not recognized as parents in the state where they live. LGBT immigrants are also much more likely to be excluded from relief because of a minor criminal record. More than one in four transgender undocumented immigrants has had to engage in low-level survival crimes, such as sex work, shoplifting, or turnstile jumping, at some point in their life. Categories of relief tied to work history or marriage may also exclude LGBT immigrants who have experienced job discrimination or who cannot marry where they live.

As a result, only a fraction of an estimated 267,000 undocumented LGBT immigrants will likely be eligible for relief under today’s announcement. NCTE urges the Administration to take further action to ensure LGBT immigrants are not left behind—and most urgently, to end the detention of LGBT immigrants who are at extreme risk of abuse in detention centers.

“Many LGBT immigrants have fled life-threatening persecution because of who they are and who they love, to make this country their own and contribute to its success. Once here in the U.S., they are subject to horrific conditions in immigration detention, and the constant fear of deportation to face further violence or death.” said Keisling. “Today, too many are still waiting to live lives free of fear. We will continue to work with the President and Congress to ensure everyone who contributes to this nation has a chance to achieve it.”

This entry was posted on Thursday, November 20th, 2014 at 8:20 pm and is filed under Immigration. You can follow any responses to this entry through the RSS 2.0 feed. You can leave a response, or trackback from your own site.